towards arezzo: a new christian-democrat message

Towards Arezzo: a new Christian-democrat message

In his excellent reflection on some starting points for the discussion Professor Quagliariello asked several key questions and I take the liberty to focus on two of these questions.

When I tried to think about these two key questions, I ultimately asked myself the next question: ‘Does the traditional centre-right want to be a protagonist for anyone or stand up for any identifiable cause?’ This is not a question at this event only. It is a debate everywhere in Europe as far as I can see.

It is clear that the traditional centre-right is collapsing in Italy, France and The Netherlands as well as other countries. In Poland, Germany and Scandinavia it can hold for now but in most cases in a diminished position compared to previous decades. The electoral systems in Germany and Poland moreover are such that they are designed to keep new parties out of gaining political representation. In Germany in particular it leads to just fewer and fewer people voting at all. These non-voters clearly do not vote anymore for the CDU.

What tells this of how the centre-right is perceived by the voters in Europe? For them it seems to be a spectrum of parties that represents older voters who want to keep the status-quo as long as possible. In many cases this electorate voted for these parties their whole life. One can say that the traditional centre-right associated with the EPP ‘suffers’ from dependence on the older voters. 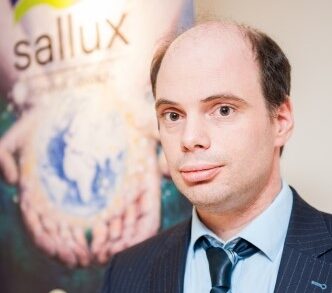 The reflection of the Director of the Sallux Foundation, Johannes De Jong, is part of the preparatory debate for the seminar “To Caesar and to God” that will take place in Bucine, in the province of Arezzo, on 2 and 3 December. In particular, it responds to the address by the President of the Foundation, Gaetano Quagliariello, who posed central questions on the theme of the new edition of the meetings.